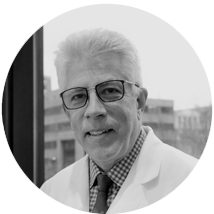 John Bradley Holcomb received his M.D. from the University of Arkansas Medical School in 1985. Dr. Holcomb entered the U.S. Army in 1985, and completed his general surgery training in 1991. He then deployed with the Joint Special Operations Command for the next decade. From 2002 to 2008, COL Holcomb was the Commander of the U.S. Army Institute of Surgical Research and Trauma Consultant for the Army Surgeon General. Over the years he has multiple combat deployments. He is a three time recipient of the Army’s Greatest Invention award.

COL Holcomb retired from active duty in 2008 and received the Lifetime Achievement Award in Trauma Resuscitation Science from the American Heart Association, the United States Special Operations Command Medal, and the Service award from the American College of Surgery. He has been a member of the Committee on Tactical Combat Casualty Care since 2001. From 2008-2019 Dr. Holcomb worked at UT Health, Houston, as a Professor of Surgery. In 2016 he received the MAJ Jonathan Letterman award from the National Museum of Civil War Medicine.

In 2019 Dr Holcomb joined the University of Alabama, Birmingham as a Professor of Surgery. He is actively involved in clinical medicine, education, research, entrepreneurship and is a founder and Co-CEO of a health IT company. He reviews papers for more than 35 journals, has published > 650 peer reviewed articles, consults with several companies and serves on multiple boards. Dr. Holcomb and his wife, Dr. Kelly Wirfel, were married in 1998 and have 2 children.